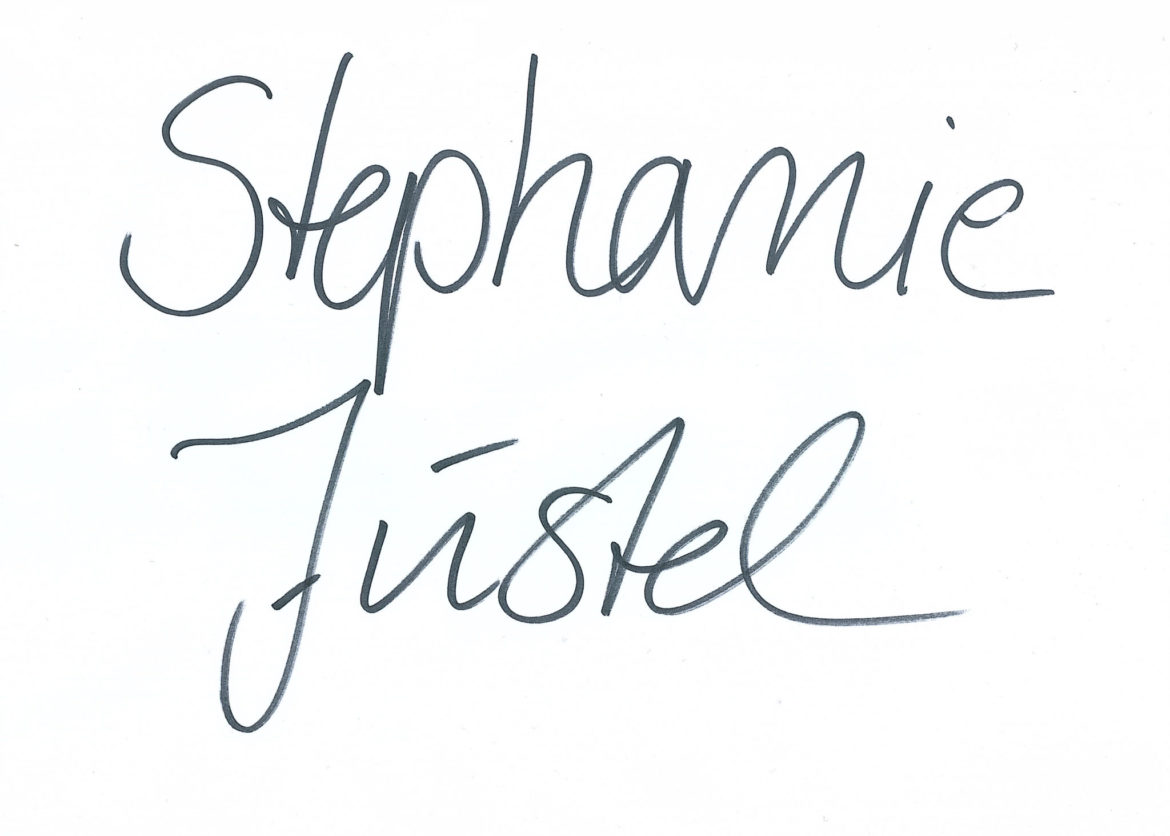 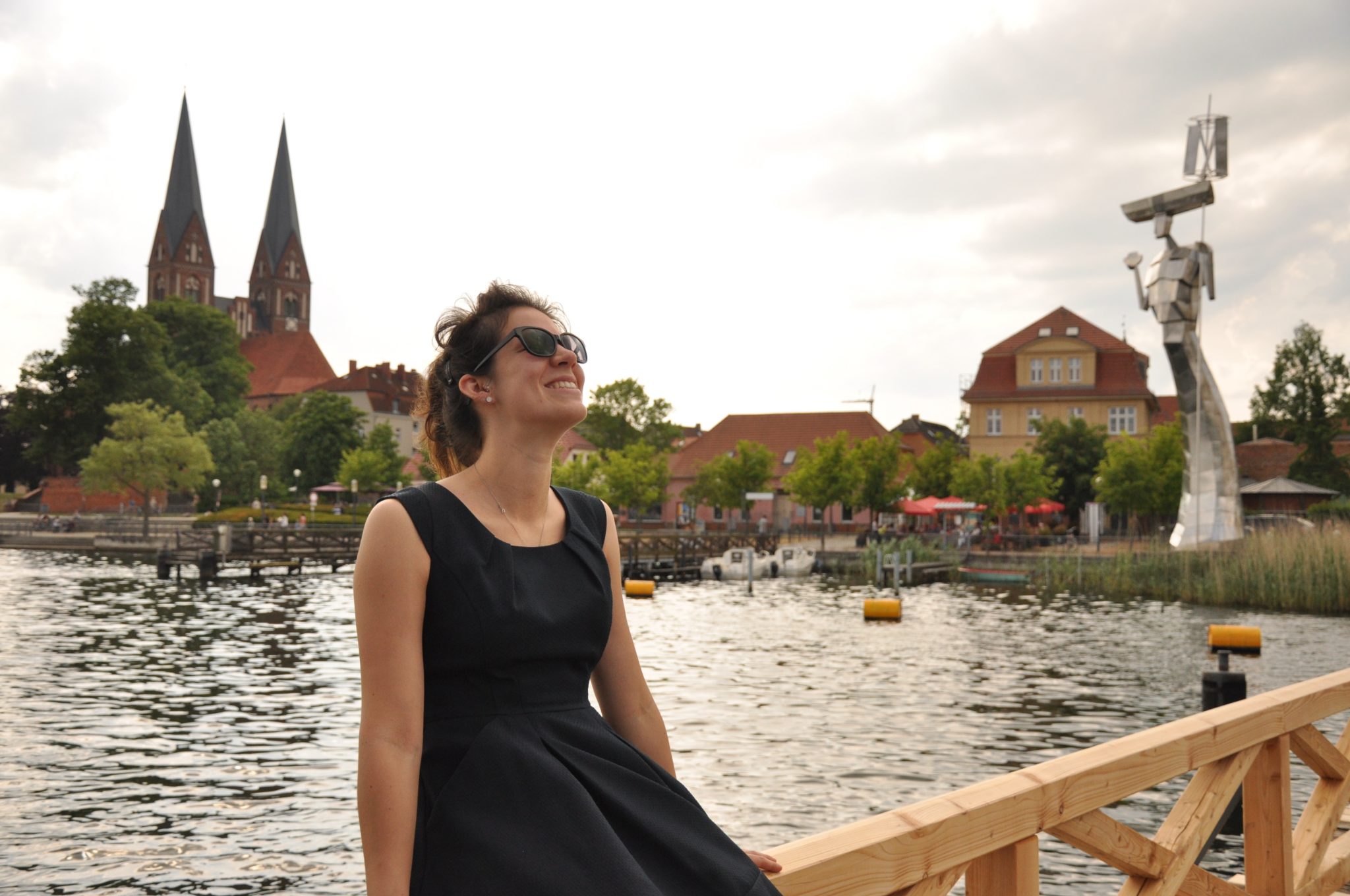 She’s quite the opposite of another Stefanie we spoke to. Stephanie, strictly Stephanie and never shortened to Steffi, is a product of East and West Germany; much like how Berlin is too.

Up until she turned 16, she’s always introduced herself to be from Munich, Bavaria, even though she grew up in Brandenburg and speaks a mean Berlinerisch. Stephanie was born Bavarian but later fit the Brandenburger into her identity.

“It’s like there are two parts of my heart and it’s fine. It’s also really interesting to tell people where I’m from especially since my family are from East and West Germany. … My family never had a discussion about what is better, East or West Germany,” she says.

Hers is a story that runs parallel with the Wall

Before the wall fell, Stephanie’s great-grandmother had left Brandenburg to venture out to Bavaria on her own.

“My great-grandmother had nothing. And she didn’t know what was going on in Munich and knew nobody, but everything is better than nothing. So she decided to go to Munich and it was a big deal in those days,” she says.

While she was away, she continued to exchange letters with family back home in Brandenburg which included her newly-wed daughter and her grandson Ronald.

Then, the wall came up in 1961. It would continue to stay up until 1989 dividing the family for 28 years. Visits between them were replete with border problems.

Her great-grandmother would later make the acquaintance of a woman in Munich and suggested a meet-up between the woman’s daughter Barbara and her own grandson Ronald. When the wall fell on 9 November 1989, the family including Stephanie’s parents Barbara and Ronald subsequently met, fell in love and started a family in Munich.

“It was a hard time to be an East German in West Germany,” and that’s why her father decided to move his young family from Bavaria back to Brandenburg.

Growing up in Brandenburg gave Stephanie her Berlinerisch dialect and she’s completely unabashed about how she sounds.

“We have good humour. We speak more Berlinerisch than the Berliners. That’s true and you know that,” she says with a mischievous sass in her voice.

Stephanie says some people think it’s farm speak, having gone into an argument with another German who questioned why Stephanie spoke the way she did.

According to Kreuzberged Berlin, the Berlinerisch dialect, or metrolect for the linguistically-inclined, is a mish-mash of German influenced by its migrant populace speaking languages like Slavic, East Low German, East Central German, Flemish, French and Yiddish.

Is it any wonder? Berlin is known for portraying itself as this “multikulti” mecca.

Being able to speak a language or dialect often harkens back to who you are and your relation to the city. This ability to banter in Berlinerisch is an intangible, possibly indelible, mark of one’s place in society. In neighbourhoods like Prenzlauer Berg and Kreuzberg where a significant part of residents are non-Germans, non-Berliners or new transplants to the city, if you’re able to tell your pennen from your schlafen, you’ve officially earned the medal of honour.

“Everybody knows that we (Brandenburgers) speak more Berlinerisch than the Berliners but it’ll never be a Brandenburger dialect,” she says.

She hates every other iteration of Stephanie, including Steffi which is the go-to petname for girls named Stephanie/Stefanie in Germany. To her, the nickname symbolises girlhood.

Her mother named her after Saint Stephen (heilige Stefanus) after her Catholic belief. She asked her mother once, and was told that the name just gave her a good feeling. This was also the reason why her name is spelled with a “ph” as it was in the bible instead of an “f” which is the usual German way.

The name Stephanie has regal meanings. It means “crowned” or “to engarland”.

To that, Stephanie says “I’m nothing like a queen”.

The name Stephanie or Stefanie comes from the Greek name Stefanos which means “crown”. It’s also available in several other languages including Italian, Polish, Russian and Portuguese. 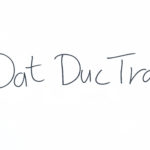 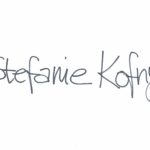