Father’s Day in Germany goes by so many names. It’s Vatertag (Father’s Day) everywhere, Herrentag (Lord’s Day or Gentlemen’s Day) in northern and eastern Germany while Männertag (Men’s Day) can be found mostly in eastern Germany. Here, 25 May is the designated day to honour fathers. Unlike Mother’s Day which falls on the second Sunday in May, Father’s Day has always been on the 25th of May.

The actual day, which is also a public holiday, is actually called Christi Himmelfahrt or Ascension Day. The somewhat biblical name should clue you in. It’s the day where Jesus (whom many might refer to as a father figure) ascends into heaven.

In Germany, men go out in groups and celebrate their day. For example, some go on hikes or excursions, or rent a party boat to go down the Spree. Whatever it is, it’s likely to involve a lot of beer drinking. Prost! Alles Gute zum Vater-Herren-Männertag! 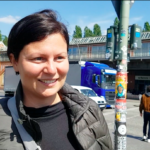 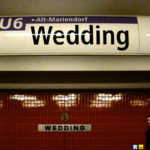 Berlin-Wedding may change three of its street...